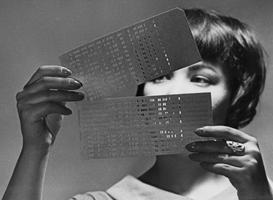 ZIT-151 is the name of the first series of mainframe computers manufactured in Bulgaria. It was manufactored by the ZIT factory in Sofia under licensing agreement with the Japanese company Fudjitsu. The machine was based on Facom-230-30 designed by the same company. The integration of the manufacturing process started with training of specialists, handing-over of the complete manufacturing documentation and ready-for-assembly components and cabinets imported from Japan. The machines were assembled in ZIT by using wire wrapping connection technology. This technology replaced soldering, i.e. electrical wire wrap tool was used to make connection between wire and pin (cold-welding). The computer series was based on semiconductor elements (diodes and transistors). By 1969 compatible prototypes were successfully manufactured. The manufacturing process was fully established with the help of measuring, control and testing equipmented imported from Japan. The actual production machines were based on components fabricated in Bulgaria. They were fabricated by the Semiconductor Factory in Botevgrad and the actual magnetic materials were replaced by other fabricated in Bulgaria or imported from GDR.

The series of machines was manufactured between 1967 and 1971. They were integrated in the Regional Computing Centers in Bulgaria. The project was under the direct guidance of Ivan Marangozov.

ZIT 151 has capabilities equivalent or better than Facom 230-30. It uses some improvements from Facom 231 increasing the capabilities of the initial machine. The following execution speed was achieved for 10-bit integer arithmetic operations:

While the following processing speed was achieved for floating-point instructions:

The magnetic-core memory had 2.2 μs access cycle. The memory capacity was increased compared to Facom 231 two times to the maximum 64KChar [2], where har(hartley) is a unit of information equal to log210 = 3,323 bit.

Acquisition of EIM than the original parts supply lease was produced by ZIT made in metal structures of cabinets. In the factory we have developed tools for the production of printed circuit boards, connectors, connecting cables and machining. Chemical processing, drilling and installation of the boards is done in ZIT. PCB soldering is performed on specialized machine purchased "tin wave". The cabinet OU (operational storage) and the PM (permanent memory) is made based on ferrite cores in ZZU (Plant memory devices) -  Veliko Tarnovo. The production of memory devices on magnetic tape (ZUML) are incorporated under license in the eponymous factory in Plovdiv.. Electric typewriter for input and output of EIM is produced in the factory typewriters - Plovdiv. Japanese card reader and reader tape were replaced with such devices chess company "Arrhythmia". Wide printing is imported from the US production company "Hewlett Packard" (5 pieces) and Polish production TURBOSNACK • fastest wide print DW 21 produced an English license.