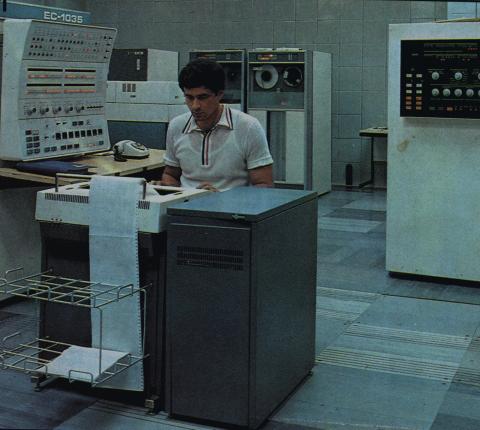 ES-1035 is the mainframe computer from the Second Series(based on the IBM 370 architecture) was developed in Minsk, USSR under the supervision of G.D. Smirnoff with active contribution by CIIT-Sofia. After the design had been completed it was handed over to specialists in ZIT for manufacturing. The main improvement over the First Series is its support for virtual memory. It was manufactured in Minsk, USSR and ZIT Sofia, Bulgaria.